We’re in our last couple days here in England, so I’ve been going through my photos today, posting pictures from our time on the road, like my last post about country roads. Here’s another amalgamation of photos from our drives; this one is about some of the road signs we enjoyed.

The English have excellent road signage. Even though we used a GPS most of the time, it is quite easy to find your way around as long as you pay attention to the road signs. There is also no shortage of informational signage.

Take, for example this bunch of signs in Dover:

It was a little trickier though in Wales where the signs were always in Welsh, usually with an English translation below, like these signs in St. David’s: 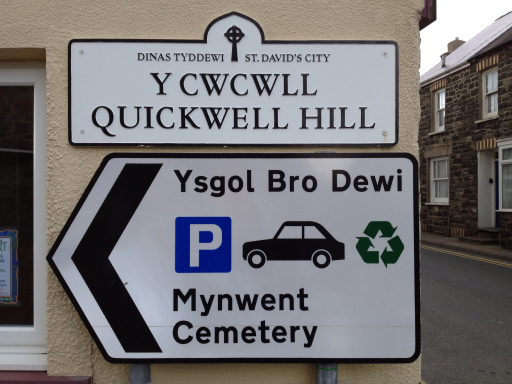 We found it a little odd that they insist on putting an emphasis on the Welsh language in Wales – at least in southern Wales – because, as we understand it from talking with folks there, very few people in southern Wales speak Welsh. By the way, road signs in southwestern Ireland are similar: predominately in Celtic, with English “subtitles.” I guess it’s an effort to save the traditional language.

Anyway, there was another bunch of signs that we really loved: the warning signs.

You’ve already seem this one, from Dover: 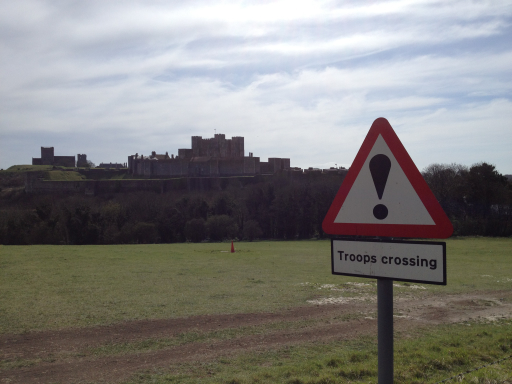 But this one caught us off-guard, and was a little disconcerting: 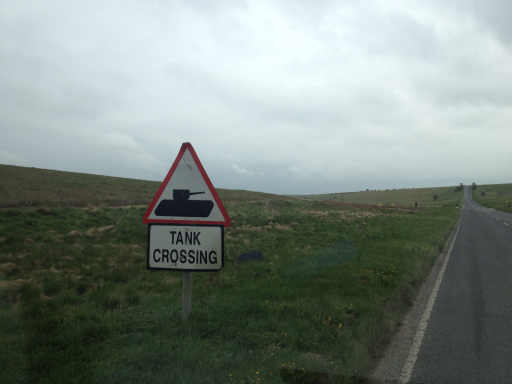 A couple though, were quite baffling. We didn’t really know what we were supposed to do when we came upon this one:

LOOK OUT! BADGERS! What are you supposed to do? Pull off the road? Get your hunting rifle? Ask their permission to proceed?

But here’s the winner.

I felt much, much better, knowing that the frogs had been found and herded onto the road for the next 1.5 miles. Now I could stop looking for them! 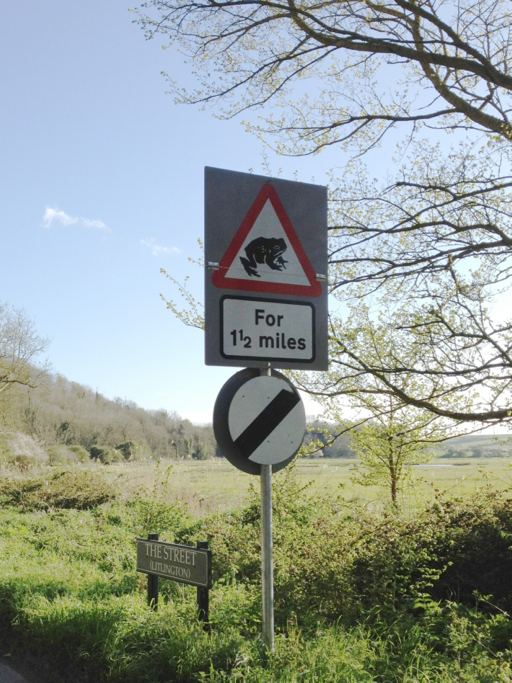 Or, maybe those are toads.