Today, we visited Bath, a city known for mainly four things: its Georgian architecture; its Roman Baths; its Abbey church; and, shopping. We partook of all four.

“Georgian” architecture refers to the time-period of the Kings George, that is, the Hanoverian Kings, King George I through King George IV, who ruled Great Britain for most of the 1700s and the first half of the 1800s. King George III was the one that was literally driven crazy by our revolutionary ancestors.

Here’s an example of Georgian architecture, a circular grouping of identical townhouses, known as the Circus, built in that time: 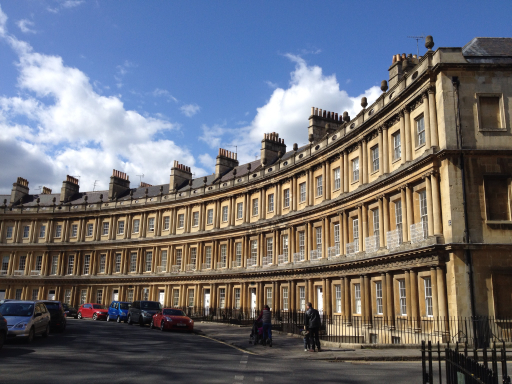 Several famous people have lived here over the years…

…Dr. David Livingstone, the famous missionary and explorer of Africa, for one (above); William Pitt, Earl of Chatham and later, Prime Minister of Great Britain; and, um, Nicholas Cage, the actor (well, “famous” might be a stretch for him).

Here’s another example of Georgian architecture, called the Royal Crescent: 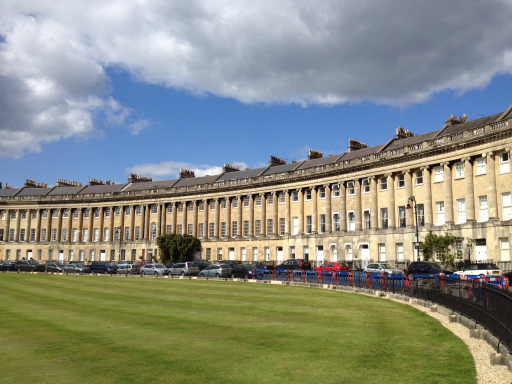 We found the Roman Baths to be much more interesting, especially since we had spent a day at the Fredrichsbad in Baden Baden, Germany, last September, which was styled as a Roman bath. We could really envision what this Bath bath (I couldn’t resist) must have been like back when the Romans were living here nearly 2,000 years ago. This Roman bath is the best preserved that we have seen (the other, besides the one in Baden Baden, being the ruins in Trier, Germany).

Here’s a photo of the main pool, which is spring fed and maintains a natural temperature of 115°F, year round, century after century. Everything below the watermark you can see at about shoulder-height is original from the time of the Romans; everything above that was added in the late 1700s.

Behind the Roman Bath was the Bath Abbey. We went in for Evensong, the afternoon service, that included a beautiful choral performance. 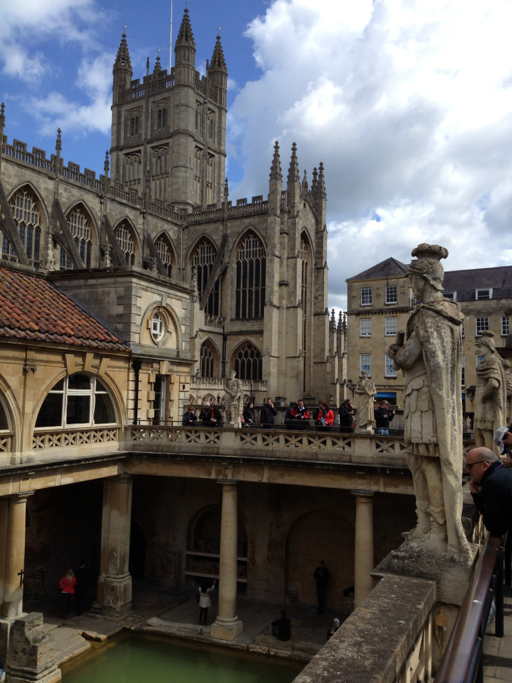 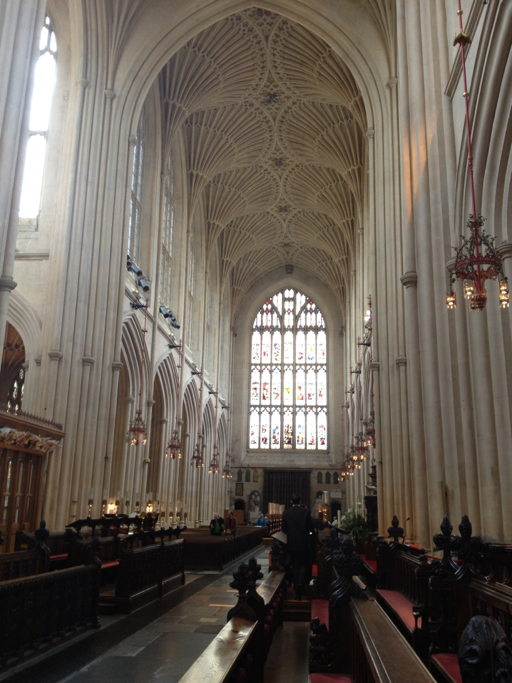 I noticed, on the way out of the Abbey, a burial plaque on the wall in remembrance of one of the Abbey’s famous members, Thomas Malthus.

On the way back to the car, we passed the oldest house in Bath, built in the 1400s.

Right behind the car park was another beautiful church spire (they seem to be everywhere).

Rounding out the final four, I bought a much needed new pair of walking shoes.