This afternoon we drove to Rye, another nearby medieval town. We parked near the old town gate.

The village has existed since Norman times, but was completely burned to the ground by the French in 1377, with the exception of the fortress tower, now known as Ypres Tower, and possibly the city gate. Nevertheless, it looks today like nearly half the buildings in the old city were built in the 15th and 16th centuries:

The roads and walkways are all ancient cobblestone. It’s very hard to walk on now.

We walked up the hill to Ypres Tower which was built in 1249 as a fortress tower, but was subsequently used as a prison and is now a museum.

This must be where the prisoners were let out to get some air and sunshine – notice how the spikes on the walls point inward and down.

None of the prisoners were going to get out of their cells through these doors. 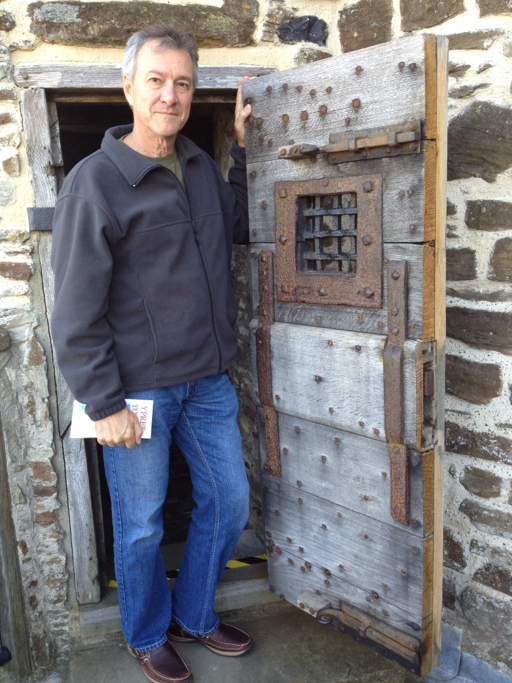 Down in the basement, they had an assortment of knight’s helmets from different periods (they are progressively more recent in the following photos). I tried them on with my best grimace:

After leaving the tower, we walked to St. Mary’s Church, parts of which may also have been from Norman times, surviving the destruction of 1377. The cherry blossoms were in full bloom. 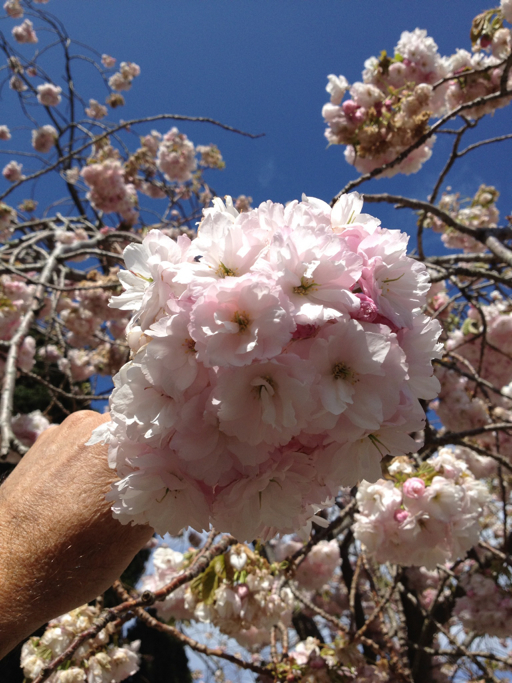 It seems that Rye was a real hotspot here back in 1573 when Queen Elizabeth I visited the town. Apparently, however, it’s been all downhill ever since. 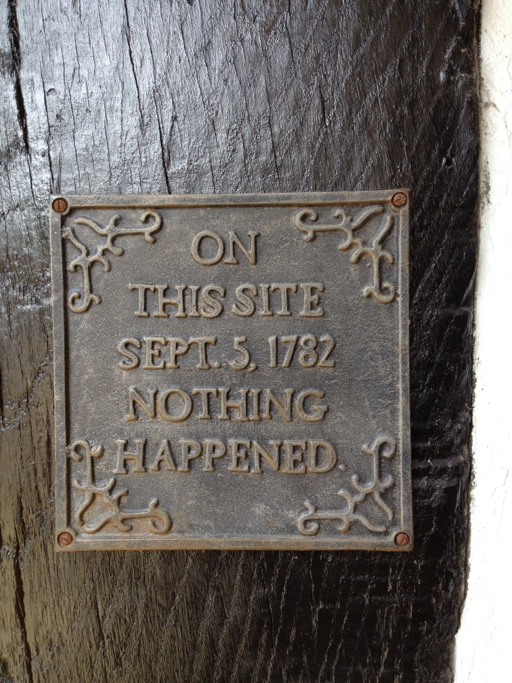 One thought on “A Knight to Remember”